‘Market forces should guide land acquisition, not govt’ | Deccan Chronicle
Posted by Farmer's Voice BKU(4981) at 8:09 AM No comments:

Subject: Moserbaer power plant in Anuppur-  stop land grabbing, release farmers, stop police atrocities
On behalf of farmers movements, peoples organizations and civil society we condemn the arrest of the farmers and tribal's protesting the Moserbaer thermal power plant in Anuppur district of MP.  Those farmers that have been beaten and put in jail were exercising their democratic right to oppose an unfair and forced grabbing of their lands for an unsustainable private coal based power plant. It is clear that the government and industrial nexus have illegally got together to steal people's scarce resources and not heeded the needs of the local communities. In todays global environmental, climate and hunger crisis it is crucial to not divert agricultural lands and peoples resources and livelihoods towards such polluting industrial uses and that too using force when people rightfully oppose such moves. The world over governments are debating how to move towards a sustainable path while your government is supporting projects such as  Moserbaer's polluting coal thermal plant and that too in an already water stressed region.There have been serious discrepancies in the acquisition process. Many of the people resisting are tribal populations, the acquisition of whose lands requires clearances under the EPA and FRA. There have also been irregularities with the environmental clearance and non compliance with the PESA provisions. Moreover the LARR act has not even been put into place yet and the parliamentary standing committee has recommended that no land be acquired for private parties.We ask you to seriously think about the path of development that your government is promoting. Industrialization geared towards elite consumerism and private profit is not the real development of people. Using state force to promote this model of development is tyrannical. The model of development needed is one that will provide sustainable and dignified livelihoods to the people of the land to feed the nation instead of uprooting them from the land. Our immediate demands are :1.Stop the harassment of farmers and release all those that have been arrested, as well as remove the criminal charges slapped on them2.Provide adequate compensation, resettlement and rehabilitation to those who have lost their livelihoods 3.Stop all acquisitions for the Moserbaer thermal power plant until a proper acquisition process is chalked out nationally under LARR act. Signed by:

Center for the Study of Rural Change in Mexico (CECCAM), Mexico 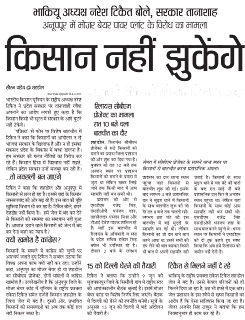 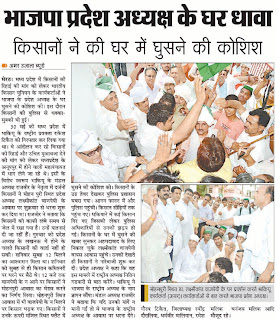 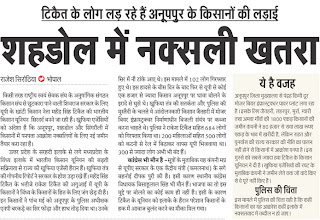