Bhartiya Kisan Union (BKU) chief Mahendra Singh Tikait has said that the farmers would “lay a siege” to the national capital on March 9 to press for various demands, including amendment in the Land Acquisition Act.


Addressing a meeting of farmers in Sisauli near here on Wednesday, Mr. Tikait said the farmers, under the banner of BKU, would stage dharnas in Delhi and block national highways at Sonepat, Rohtak, Palwal and Madola alongside the Delhi border.

The BKU president asked the farmers to prepare for a “final battle” in support of their demands, including amendment in the Land Acquisition Act.


Vijay Jawandhia Share1Buzz up!The farmers are very clear about what they expect from the finance minister, Mr Pranab Mukherjee’s Budget this year and even though beggars would ride if horses were wishes, one wishes that the finance minister, who has just returned from the Group of Twenty (G20) meet where there was a lot of emphasis on the need to invest in agriculture, refashions his Budget in favour of agriculture and the millions who produce food for the country.

* Increase allotment to agriculture to 40 per cent of the Budget as agriculture has stagnated at around 13 per cent of the gross national produce (GNP) during the last three five-year plans. This money could be used for giving increased support price as recommended by the first Farmers’ Commission chaired by Dr M.S. Swaminathan.

* Mr Mukherjee needs to frame a good crop insurance scheme at the village level. Eighty per cent of the premium should be paid equally by the state and the Central government and 20 per cent by the farmer.

* Economic support should be given for promoting organic farming — for animal raising and promoting fodder and food crop like sorghum and bajra.

* Free quality education and health service at the village level should be a priority.

Mr Mukherjee should now start taxing agriculture income and sale of produce above Rs 10 lakhs per annum. Below this farmers can be exempted. Unless he taxes the rich he will have little money to help the poor.

Whenever the government talks about fiscal correction (read, cutting subsidies) it is always the farmer and the unorganised sector that are at the receiving end. In his last Budget, instead of taxing the rich taxpayers he gave them maximum benefits. A person with an income of Rs 8 lakhs and above received benefit of Rs 50,000.

True, he announced a loan waiver of Rs 70,000 crores, thereby accepting that there was a crisis. The non-irrigated farmer is always fighting the vagaries of nature and the market, yet, no proper insurance scheme was announced to protect his minimum income and losses. The non-irrigated farmer does not have any crop till next November 2011. So extending the loan waiver scheme limit for payment to June 2010 as he did had no relevance.

I must accept that Mr Mukherjee was generous in accepting the long-standing demand that a special policy support is needed for rain-fed agriculture. But I do wish that in this Budget he is realistic. In his last Budget he announced Rs 300 crores for the 60,000 villages selected to grow oilseed and pulses in rain-fed land, which means each village will get just Rs 50,000.

When you compare this to an individual taxpayer earning Rs 8 lakhs and getting a benefit of Rs 50,000 with a whole village getting just Rs 50,000 you see how skewed the Budget is against the producer of food who toils from sunrise to sunset to cajole the golden wheat from the ground.

Also, he gave Rs 200 crores to one city, Tirupur in Tamil Nadu, to fight pollution made by textile industry!

It is important for the finance minister to junk the old format of the Budget and keep it in tune with the times.

Since globalisation and liberalisation of the economy, the gap between the rich and the poor and urban and rural has been increasing speedily. The implementation of Fifth and Sixth Pay Commissions has added fuel to the fire. Increasing prices of urban properties is proof of accumulation of wealth in urban India.

Maybe in this Budget Pranabda may not be able to bridge the gap between the rich and poor but at least we can expect that he will not widen the gap further.

After the new economic policy the cost of education, health and transportation has been increasing. In short, the cost of living is increasing. The government has announced a slew of yojanas it thinks will help the poor, like the Mahatma Gandhi Rural Employment Guarantee Scheme (which has not been properly implemented).

My point is that in MGREGS, the minimum wage is Rs 100 per day and only 100 days work are guaranteed. Against the Sixth Pay Commission is the minimum wage of Rs 100 justified? I will explain this injustice. In my village in 1970 the wage of a farm labourer was Rs 90 to 100 per month. At that time the salary of a schoolteacher in the same village was Rs 150 to 200 per month.

Now if this minimum wage is to be paid then the Commission for Agricultural Cost and Prices must take this into account for calculating the cost of production and announce support prices on this basis. The finance minister will also have to make provisions for food subsidies in his Budget on this basis. Now a common question that will be asked is where will the money come from? To answer this I have to ask, from where did money for Fifth and Sixth Pay Commissions come from?

To raise money the rich must be taxed, but except for the last Budget, all previous Budgets decreased taxes on the rich. Excise duty on cars was reduced and now the finance minister is expected to give Rs 6,000 crore subsidy for Metro Rail for three cities. The subsidy for urbanisation is increasing. This urban bias must change. The farmer is not demanding packages, but is waiting for policy support.

* Vijay Jawandhia is former president of the Shetkari Sanghatana and All-India Kisan Coordination Committee and a member of La Via Campesina, an international peasant’s organisation

Share · print · T+ Thousands of farmers intend to lay an indefinite siege to Delhi next month to draw government attention to issues such as high input costs and acquisition of farm land for industrialisation. They will be led by Bharatiya Kisan Union (BKU) leader Mahendra Singh Tikait.

“Prime Minister Manmohan Singh has not found time to meet us even once in the last three years though we have sought time from him at least seven times,'' said BKU leaders from Punjab, Haryana, Uttar Pradesh, Delhi and other parts of the country announcing the March 9 siege here over the weekend.

Addressing a press conference here, the leaders said not once had the government consulted “real farmers” about the problems afflicting the farm sector. “Even for the budget consultations, the government just spoke to agri-businesses or representatives of industry and political parties,” they complained.

They want a separate budget for agriculture on the lines of the Railway budget and also a nodal ‘single-window' Ministry that addresses all farming needs including credit, land, water, fertilizer, seeds, foodgrains, horticulture, dairying, technology and farm equipment.

They want the 1894 Land Acquisition Act to be replaced with a new Act that protects fertile farm land from acquisition for industrial use and clearly defines land use for “public purpose”.

The leaders said that the interest on farm credit should be four per cent as recommended by the Swaminathan Committee. Rail traffic to be spared

Roads leading to Delhi will be blocked at Saharanpur, Ghaziabad, Palwal, Gurgaon, Bahadurgarh and Sonipat. There will, however, be no disruption of rail traffic. 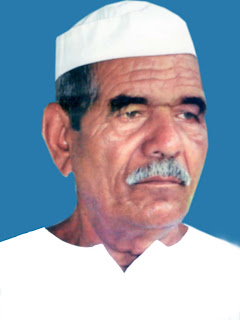 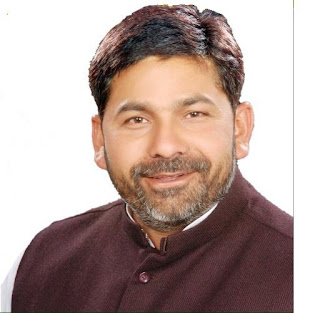 Wanted, a Pay commission for farmers

In 1996, I joined as an agriculture scientist at the Indian Council for Agriculture at Directorate of Oilseeds Research in Hyderabad. We used to work on castor, sunflower and safflower. My job was to coordinate the Frontline Demonstration of Improved technologies to farmers under the ‘Technology Mission on Oilseeds’ across the country.

At that time, Andhra Pradesh used to account for about 9-10 % of castor production. The farmer used to harvest about five quintal per acre under rainfed conditions and around seven to ten quintals with hybrids under irrigated conditions. And he would get around Rs. 1500-2500 per quintal.

My salary at that time was about 7 to 8 thousand per month with a basic of 2200 rupees or so, and we were waiting for Fifth pay commission announcement.

In 1998 or so the Fifth pay commission increased our basic from 2200 to 8000 (about 3 times) taking my salary to 16,000 or so per month. I left the directorate of Oilseeds Research in 2004. My colleagues who continued have become senior and principal scientists and with salaries around Rs. 80,000 plus. Most of the living costs like healthcare under CGHS, tuition fee exempted from income tax, transport allowance to come to office is taken care of. Even to buy newspapers, an allowance of Rs. 100/month. This is true with almost all the government employees and others in the corporate sector would be earning much more. The salaries of MPs, MLAs, Governors, President etc all have increased more than 500 times in the last five years alone.

But not the farmer’s.

After 15 years, today the average yield of the farmer has not increased much and same is the case with what he gets. In 2009, farmers got about 3000/q with a price rise due to lower production (because of drought). The seed prices have increased by more than 300 times, fertiliser costs, pesticide costs have increased similarly. Cost of food, education, and health equally affects the farmers. In fact, the story of castor may be better than cotton, paddy or any other crop. The farmers take home are kept low to appease the industry in case of commercial crops like cotton, sugarcane, tobacco or consumers in case of food grains.

What the farmers get is not even corrected for inflation. After the 6th Pay commission, the central government employees are paid 45 % dearness allowance and this January may take it to cross 50 %.

Money to the farmers never goes up (in real terms), while costs of cultivation have always increased. The net incomes dwindled and many times became negative. The increasing costs have made the farmers dependent on industry which reaped huge profits.

In 2010 which saw more than 17,000 farmers suicides (across the country) due to crop failures and indebtedness, the seed companies recorded a 50 % growth in their business, drip irrigation industry recorded more than 40 % growth. MFIs have made windfall profits, till restrictions were brought on them just a few months back.